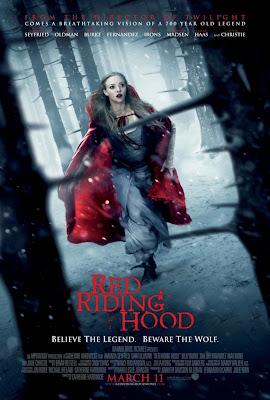 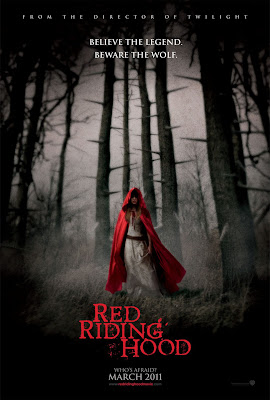 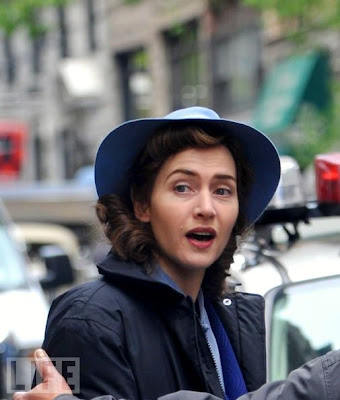 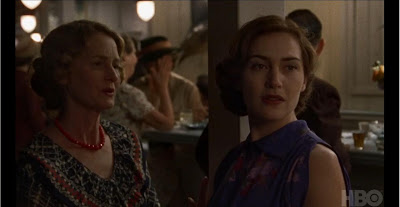 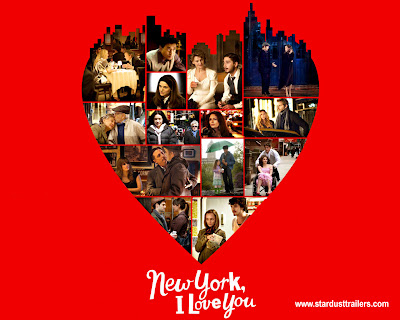 2009's 'new york, i love you' was a series of vignettes. the best of them featured julie and shia lebeouf. what amazed me was how the youthful mr. lebeouf held his own and then some with the more experienced and legend that is christie. bravo shia. 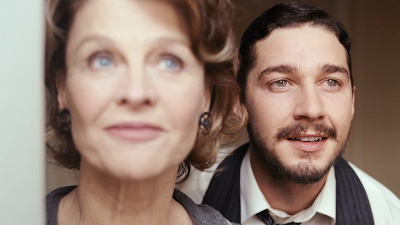 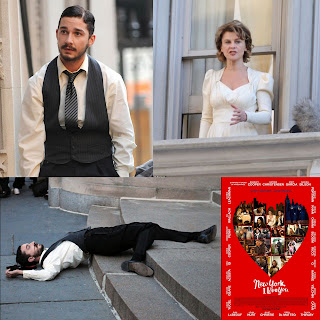 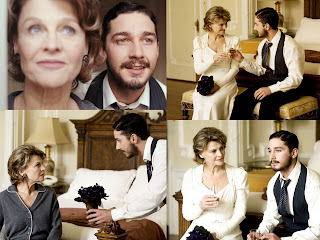 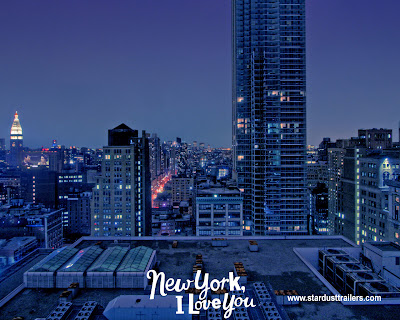 a hit song in the 60's. a haunting theme of the ever present longing for the 'unattainable love'.
on my other blog i do a 'song of the day'. i give the 'sneak' preview here as i could think of no one other than julie christie who can personify that unattainable but always longed for love. her own personal life as well as her beauty fit the lyric so perfectly.
'blue be your eyes, blond be your hair'.
*re-edited 10/17...i'm a virgo and it just didn't work for me on reviewing it. this is better
Posted by josh at 9:06 AM No comments:

1965: Julie Became the 'Darling' of a Generation

the year was 1965. the world of film crowned her the new star in it's constellation. julie had two films in release and was lauded by critics and movie goers alike for both. she received an oscar nomination for 'darling' although some felt the nom should have been for 'doctor zhivago'. it was a moot point. she would win either way.
although she had appeared in a few british films and on british tv prior to 1965, it was the year that would bring her  as yet unending international attention and acclaim.
strictly speaking she was and remains one of the best.
'darling' defined a generation. julie portrayed diana scott an amoral product of her time. and she did it brilliantly. she made amorality a virtue in a disturbing sort of way. oscar does not always award the best in every given season. but for the best actress of 1965 it did. her win remains one of the most worthy of all time. but then again i am christie prejudiced and proud of it. 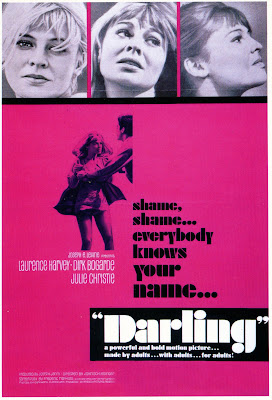 here are three scenes of julie's oscar winning performance. it is segment three that sealed the best actress win. as with many other award winning performances it is that moment of silence. no dialogue. just the look, the sense of the character and the sense of the scene. in this case it was the breakdown.
scene two above contains one of my favorite lines of dialogue ever written when dirk borgard's character robert says to julie's character diana: "i don't take whores in taxi's". the brilliant screenplay won the oscar for 'best original screenplay' for frederic raphael. he deserved it for that line alone.
the trailer
''proceed...amuse me''
darling diana, darling miles, darling robert
'darling' 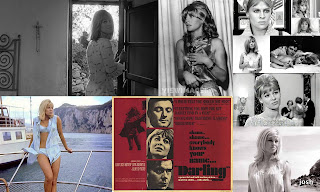 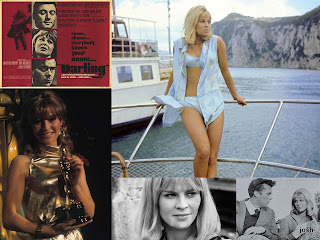 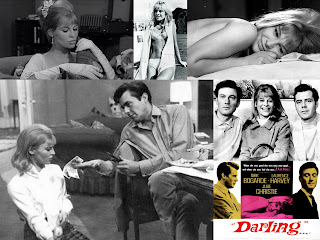 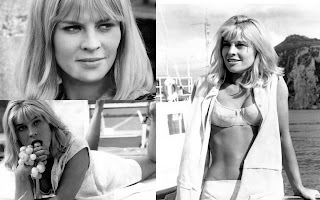 and the oscar goes to... 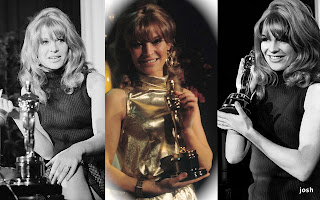 wrapping up kate's birthday week there is no doubt 'she's a lady'
Posted by josh at 12:01 AM No comments: 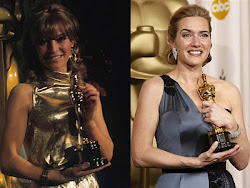 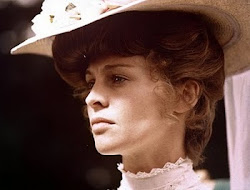 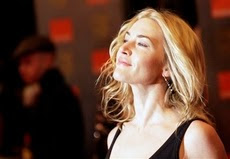